It’s not often one of our members’ games features in a GM video, especially when our man is complimented on his play. But Robin ‘Hacker’ Haldane has done it again, to maintain his 50% record against the ‘Ginger GM’ Simon Williams (+1, =2, -1). The game was played in round four of the Battersea Summer League: with our squad appearing under the dodgy title “Mean Streats”, courtesy of Richard Tillett’s fertile imagination (it gets worse: our second team’s moniker was “Dire Streats”).

The link to Simon’s video is at the end. He is graciously generous in his praise; and provides an interesting insight into his own mindset for the game. For his part, Robin didn’t shirk the fight, coming at his opponent (also well-known for a certain belligerence at the board) right out of the opening, and then tenaciously holding on for a draw in the notoriously difficult R & B v R ending. 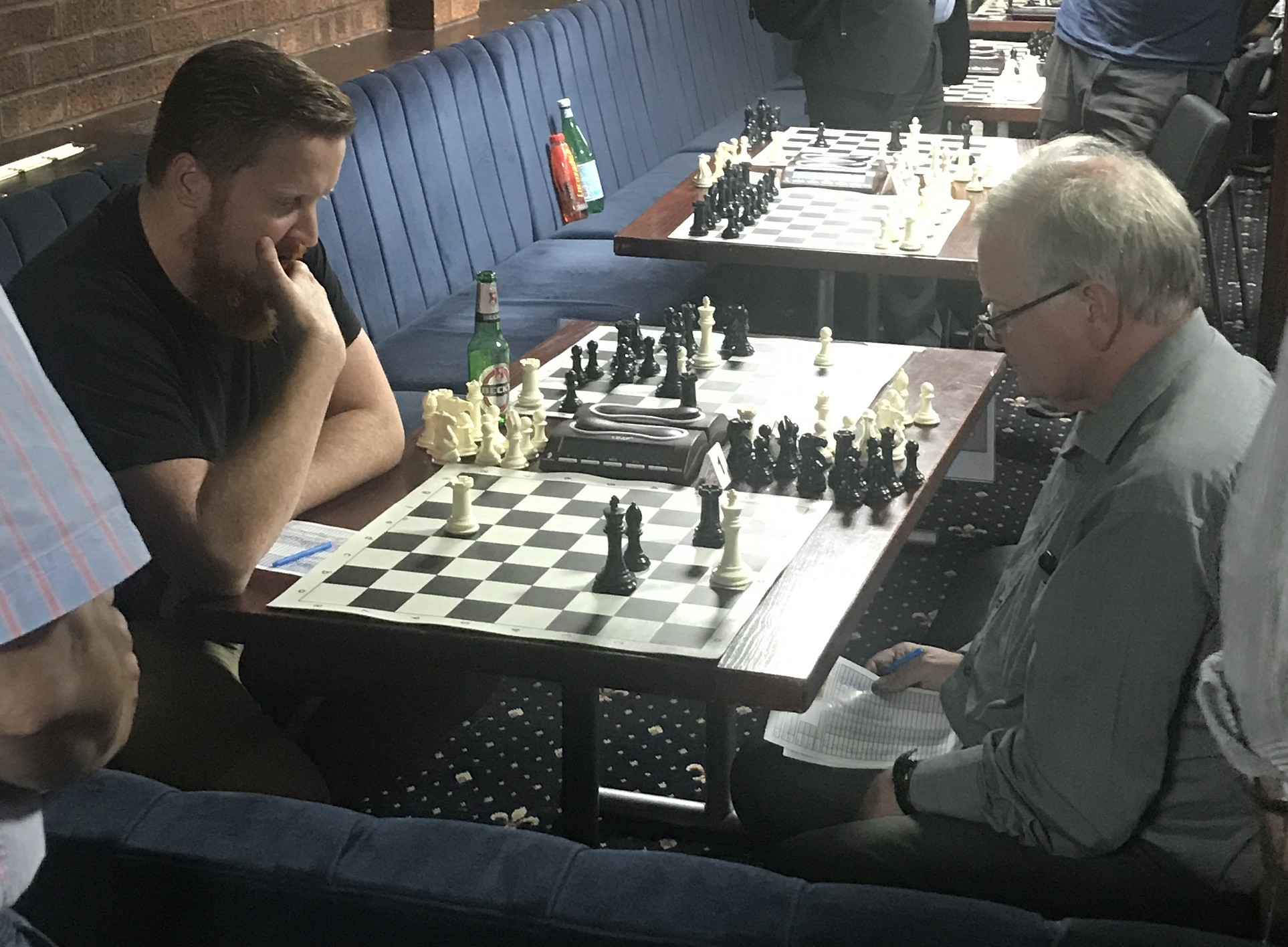 You can see the full game animation, including the ending, below - with Robin’s own insights, especially at move 23 when there was a spectacular winning sequence for White. It was the one that, sadly, got away. The video also discusses this, and some sensational stuff at move 17; but it skips the detail of the last 70-odd moves as they battled it out towards a cagey draw under the ’50-move’ rule. There is, though, a useful tip – should you ever end up there - as to how the superior side might turn the screw in R & B v R.