After months of lockdown Streatham Chess Club peeped outside, saw the sun shining, and set up on Tooting Common last Spring Bank Holiday Monday. On a glorious summer afternoon the informal gathering felt like a very enjoyable cross between a picnic and a club night. It was a chance to finally see some of our chess friends again, many of whom we hadn’t been able to meet in person for over a year. 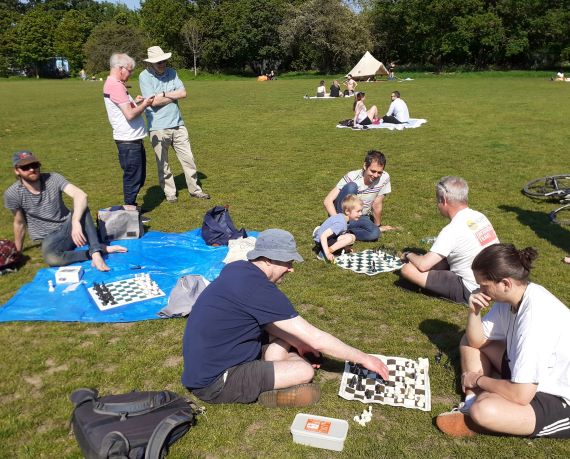 That’s Matt Carter (shades left), then Robin Haldane and Richard Tillett (under that hat), Angus French (another hat) playing Mark Orpen in the foreground, and Kostya Titorenko and son Peter in combat with Antony Hall further back. Alex Spencer (behind the camera) and son Marcus were also there, as was Olga (Peter’s mum). Jagdip Patel and Garry Smith arrived later. 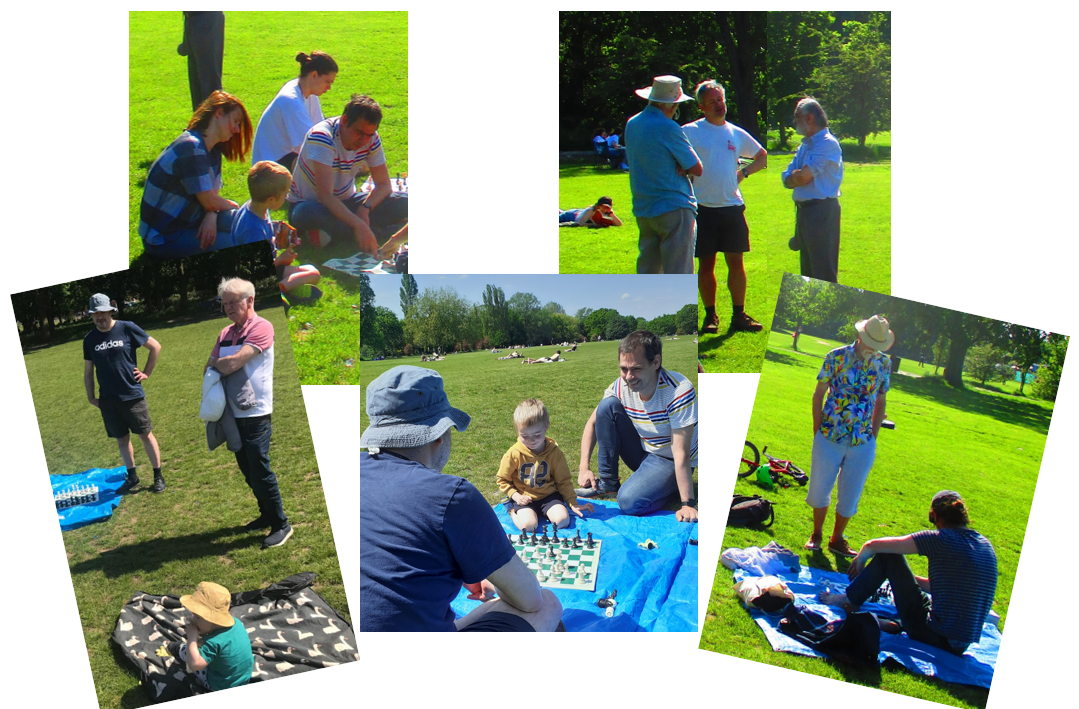 Look out for more such gatherings in the future, including a celebration to mark Streatham and Brixton Chess Club’s 150th Anniversary.

Thanks to Angus and Alex for the photos.