Streatham managed just one point out of ten in this Monday’s Alexander Cup semifinal match against strong Redhill team, in what was an even worse performance than Nigel Short’s in recent match against Garry Kasparov.

Well done Robin and David for getting two positive results for Streatham.

Robin managed to draw in what looked like very complicated game, despite arriving late and having to play with 33 minutes vs. 60 minutes time handicap. 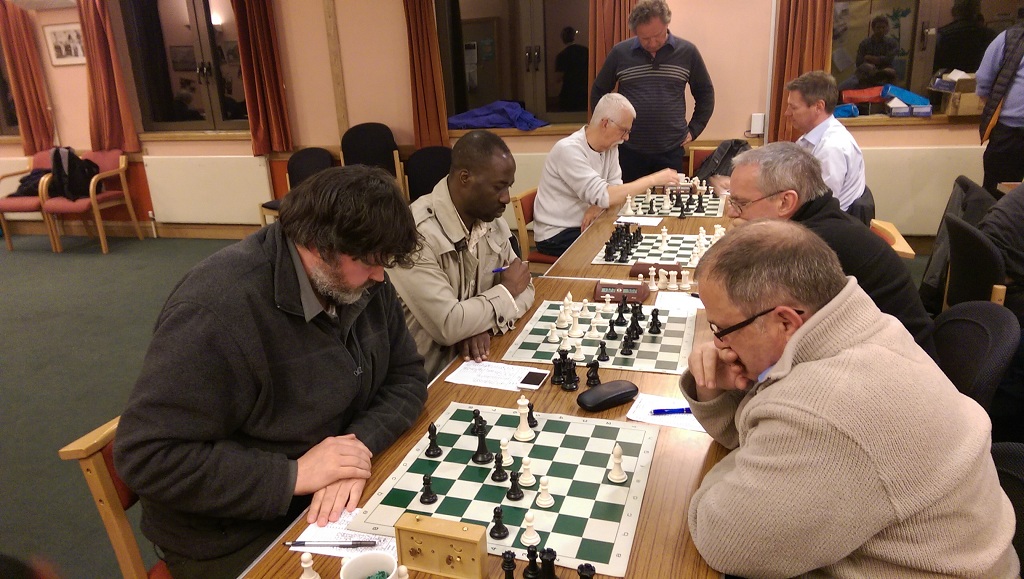 David playing drawn opposite color bishop endgame, with Taiwo and Martin in the back 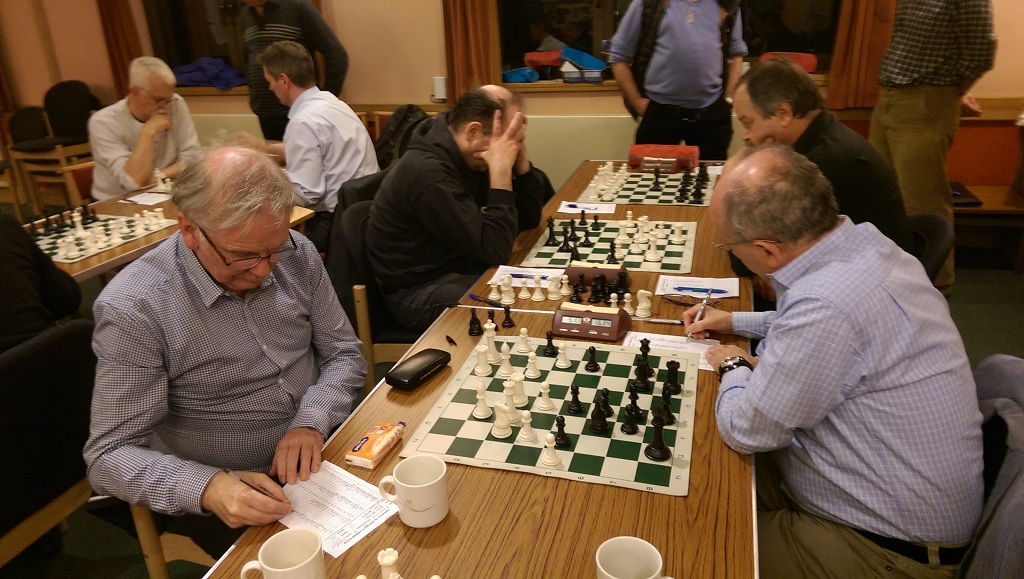 Robin writing down his opponents move and Angus in deep thought