Streatham and Brixton Chess Club awarded Barry Blackburn with Honorary Life Membership for services to the club over 40 years as team captain and club officer. The certificate was handed over to Barry by club’s president Angus French. Kudos to Barry for his outstanding contributions to the club so far! 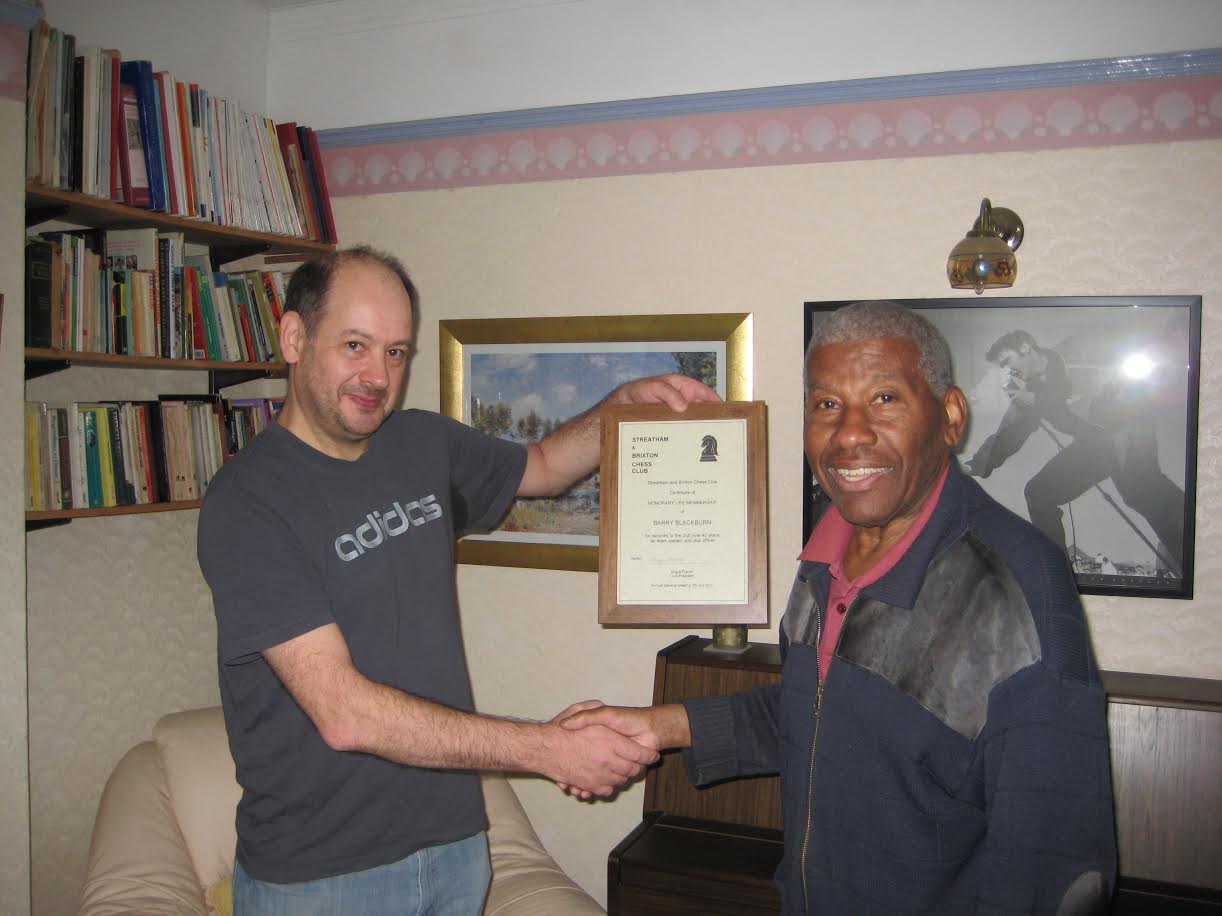