Philosophical musings at the board

My opponent played a Scandinavian. I still don’t really know quite how I managed to make such an awful mess of the opening.

It had been one of those miserable evenings where one sits at the board questioning why one continues to put oneself through it, week after week. With the mind distracted by such philosophical musings, more dreadful chess ensued.

With fortune on my side I managed to bail out into something approaching a losing endgame. 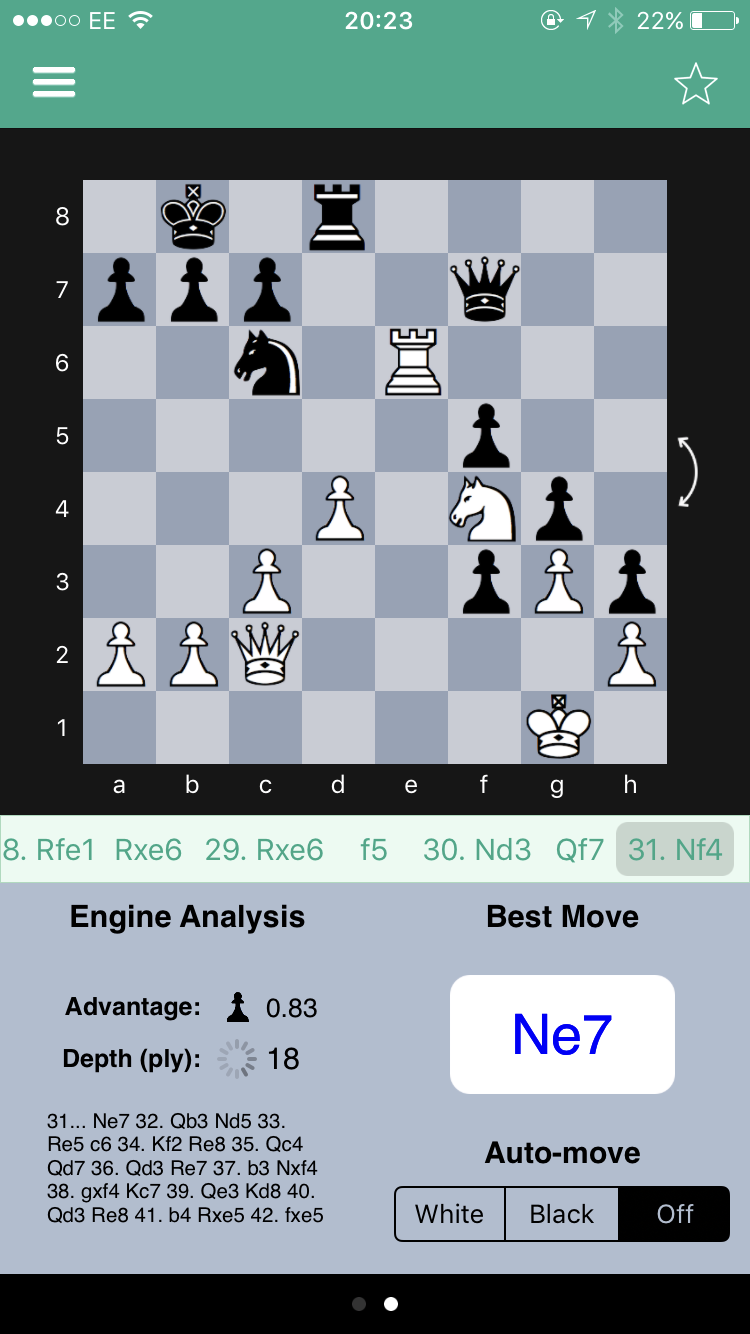 It would be great if he'd just play Re8, I thought. He won't though. That's the sort of thing I'd do in his shoes.


He avoids an exchange of queens and at least defends the g pawn.


Can you award an exclamation mark for the same trick twice in consecutive moves?


A couple of moves later he stopped the clocks. I apologised. He shook my hand and left the room. I felt terrible. I suppose we've all been there.