Our 150th Anniversary celebrations came to a magnificent conclusion in a 40-strong Rapid on Saturday 27th September 2022 at the Mark Bennett Streatham Centre. It was played over six hard-fought rounds at 25 minutes plus 5 spm. There was a strong contingent of 16 from S&BCC, with another 16 or so other clubs represented. 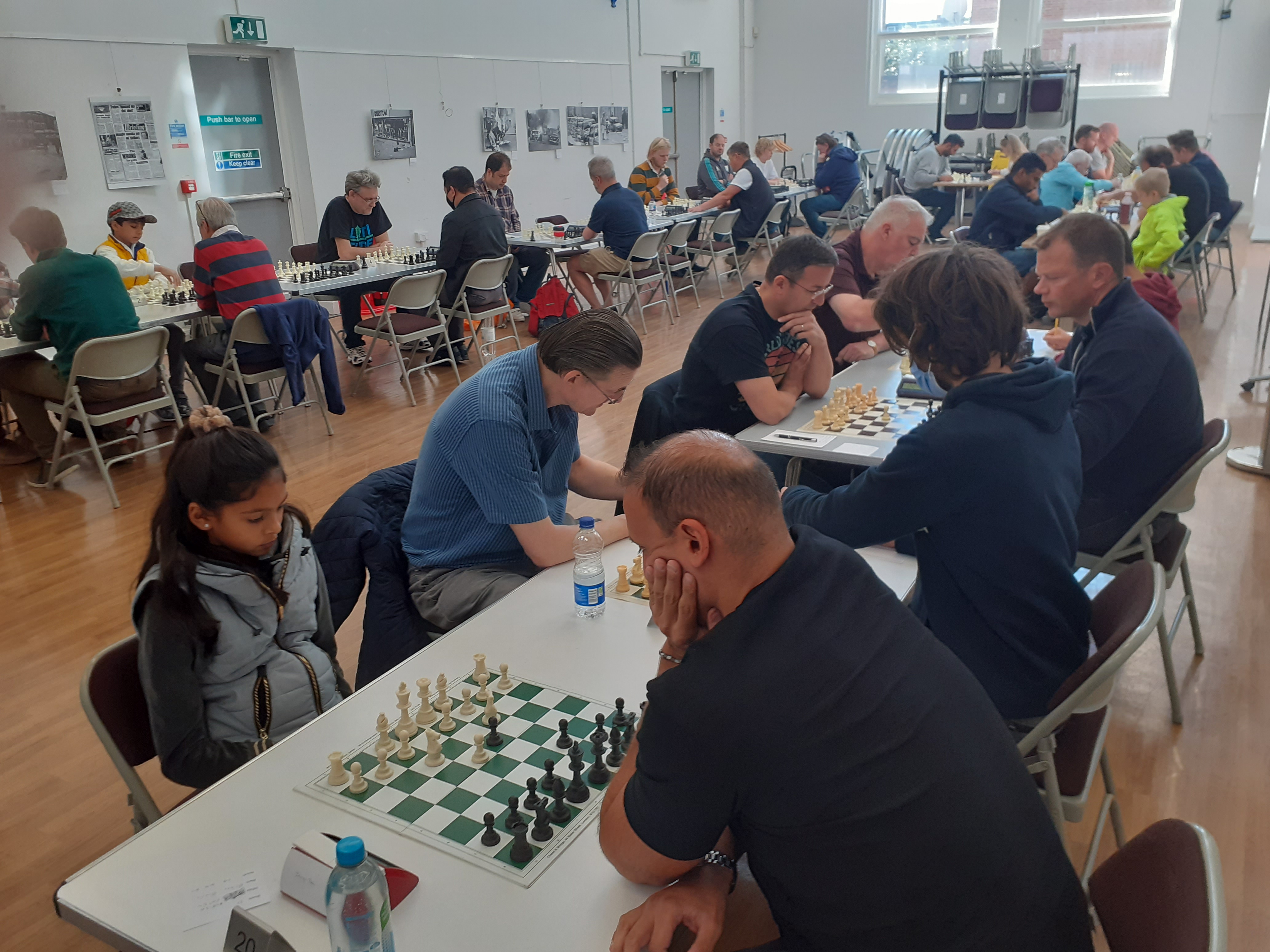 We were also delighted to welcome two juniors from Ukraine: Sasha Andronova, who has already been playing for us in the Croydon League, and Bohdan Terler of Maidenhead CC. S&BCC member James Toon was Tournament Controller for the day. He was super-efficient in keeping things to a tight schedule (thanks, James!), aided and abetted by Richard Tillett and Paul Ritchie from the club Management Team.

The ceremonial first move of the day was enthusiastically bashed out by Bell Ribeiro-Addy MP for Streatham. We presented her with a copy of Movers and Takers, and she reciprocated by generously sponsoring the Minor grading prize. Thanks Bell! 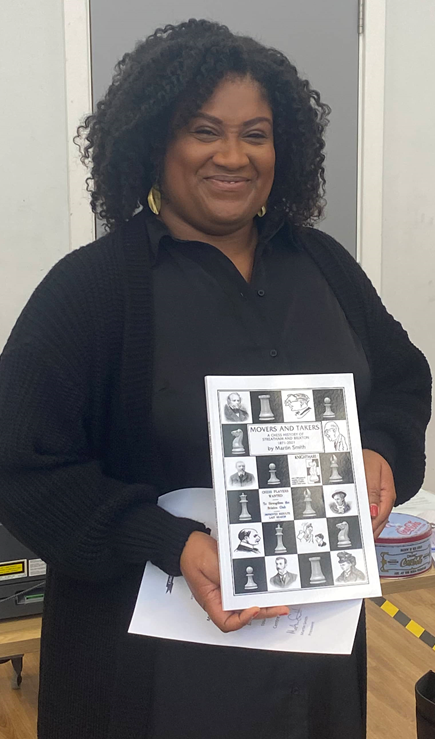 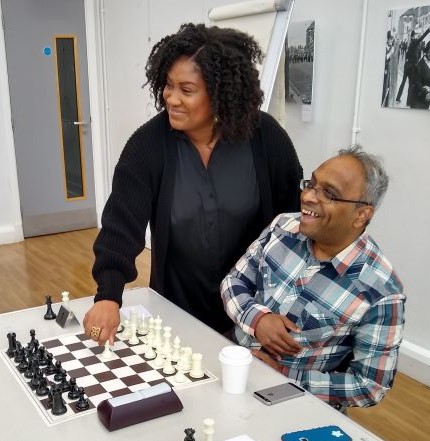 The pace in both sections was set by the eventual winners: S&BCC’s Venkataramanan Tiruchirapalli (Major) and Bohdan Terler (Minor) – who both fought through without losing a game. ‘Well done’ to them both (winning £100 first prizes). Runners-up were Richard Cannon (UNATS), and Gokhan Kizilay (Lewisham) in the Major and Minor respectively (£50 each). Grading prizes of £40 went to Zafar Iqbal (Kings Head/S&BCC), and Alex Spencer (S&BCC).

A word of thanks to all participants for making it a memorable event to round off our 150th celebrations; to Vincia Bennett and her colleagues at Streatham Library for their helpful support; and to Harry Morgan and other club members for helping out with table shifting, etc.

And so, our 150th Anniversary celebrations are over. They started way back at the beginning of 2021. COVID kept us indoors, so we played a couple of online friendly ‘heritage matches’ against local clubs. As we ventured out and about, we held a pop-up party on Tooting Common on our official 150th birthday, July 24th, 2021. When OTB began again - cautiously - we played our congenial neighbours South Norwood CC (2nd September 2021). The club set out its stall at Streatham Festival Market on October 16th and then took on ex-member GM Daniel King in a 17-board simul at the Library on November 13th (15 v 2 to him!). Movers and Takers (the history of the club) finally appeared at a book-launch by the Streatham Society, also in November (by the way: the first print run is now sold-out, but encouraged by favourable reviews, we are thinking about a reprint). Finally, after over a year in the imagining, and months in the planning and preparation (principally by James and Richard), we have held our 150th Anniversary Rapid!

We hope our efforts have honoured and celebrated the legacy of all those past members of Streatham, Brixton, and Streatham & Brixton Chess Clubs. We stand on their shoulders.