We are marking our 150th anniversary with a year long series of events running throughout 2021.

On Saturday July 24th we held a birthday party on Tooting Common. 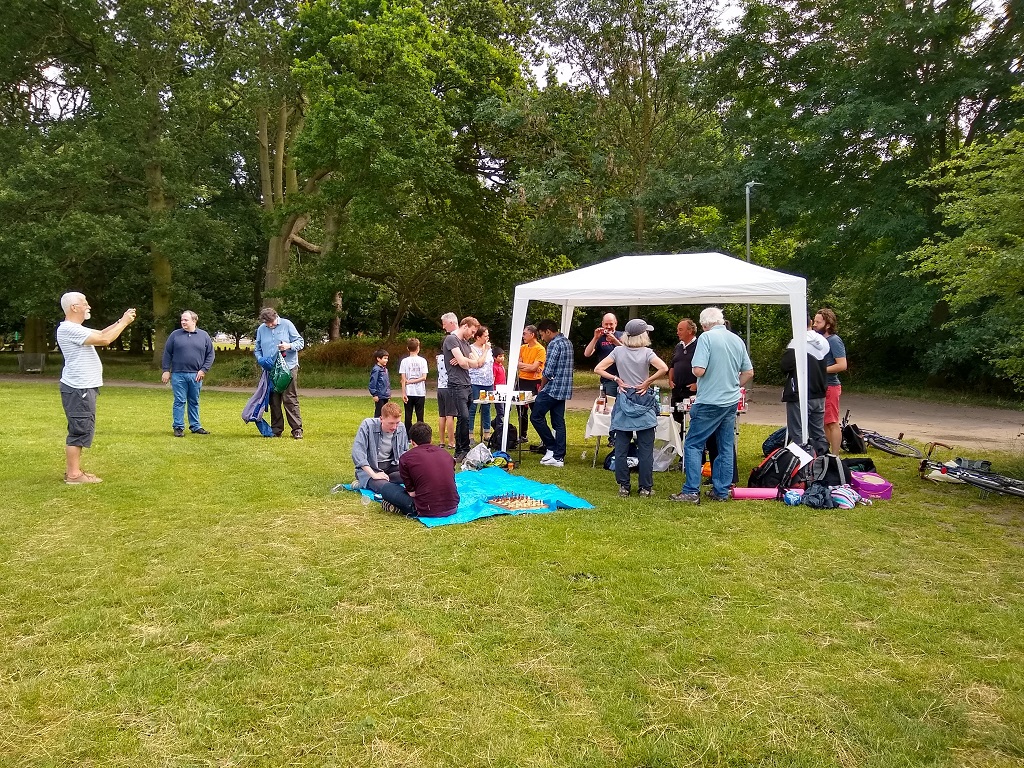 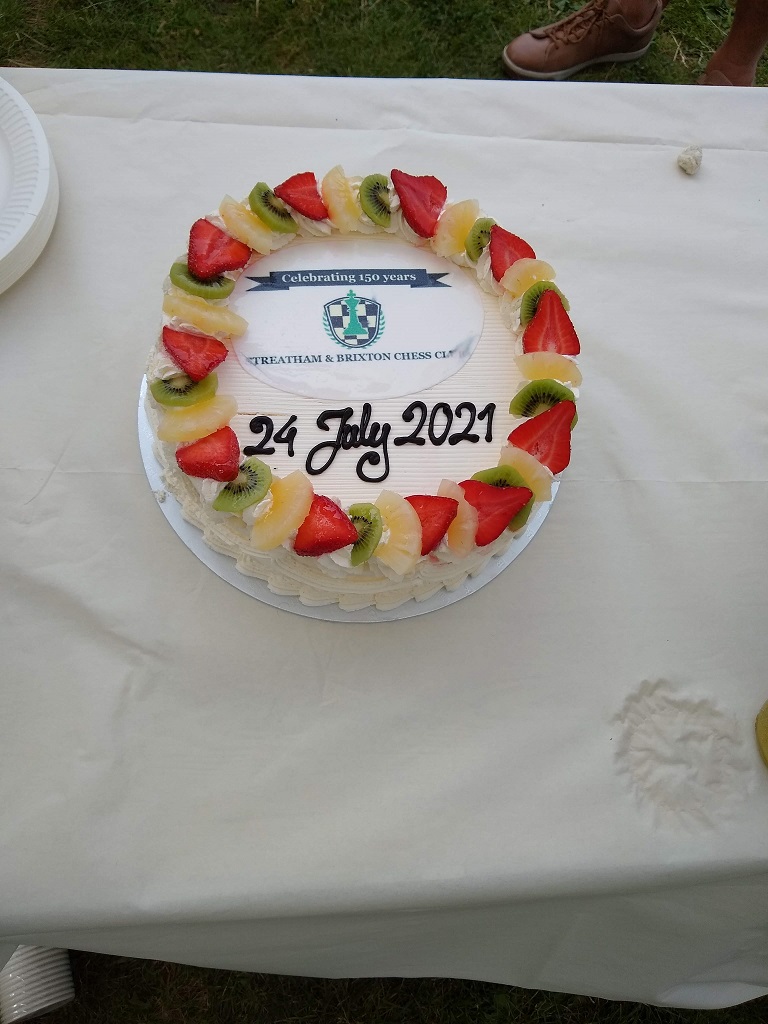 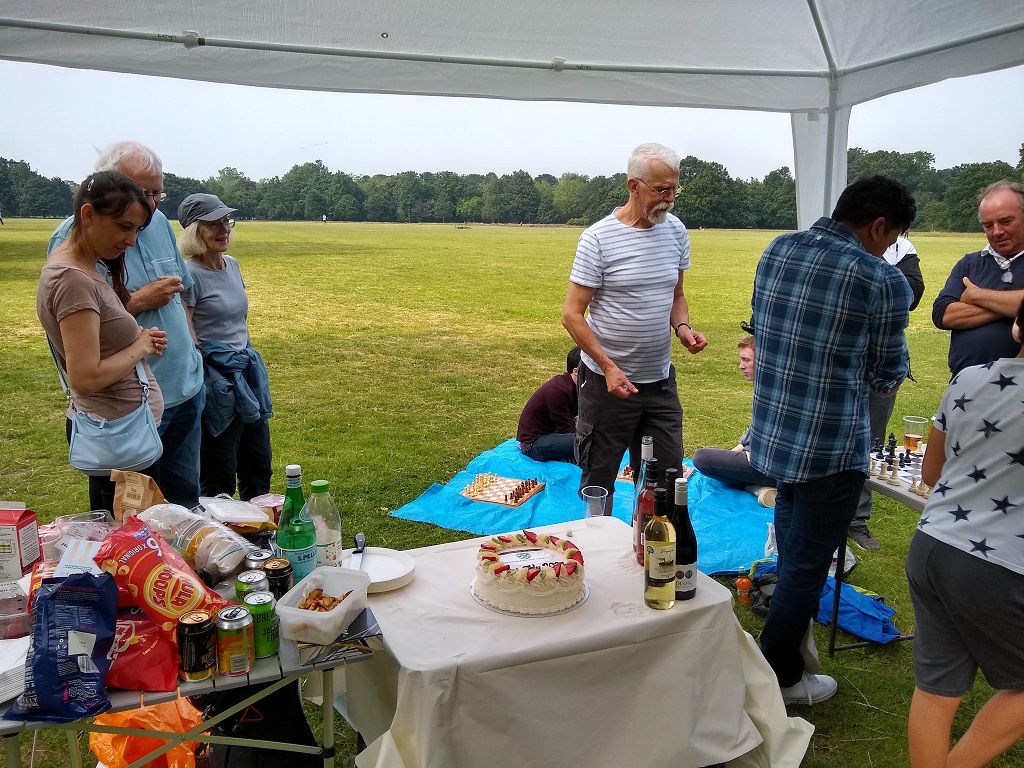 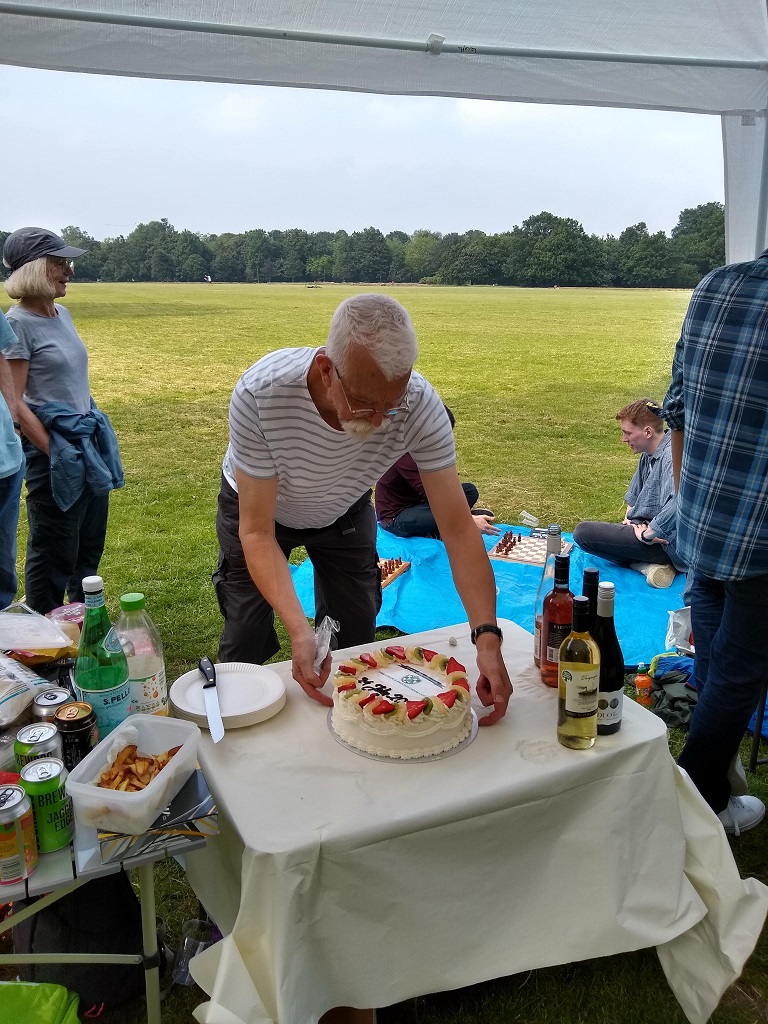 The club naturally takes part in many league matches and organises a number of club tournaments every year. On top of the normal run of these competitive chess events, in this anniversary year we are also adding some special matches and events related to our history. See below for some reports…

S&BCC at the Streatham Festival

Chess in the Community! A running simul, a giant chess set, and our chance to strut our stuff in the local community. Come along and join in – and help show them who we are!

Movers and Takers – a 150 Year Chess History of S&BCC

Come along to the Streatham Society to hear Martin reveal something of the club’s back story, timed to coincide with the publication of Movers and Takers – a 150 year saga of chess in Streatham and Brixton

Daniel King (a past member of S&BCC) v members of the club – 12.30pm to 4.30pm Saturday 13 November at the Streatham Tate Library.

We are looking for 20 club members to take on GM Daniel King (well-known commentator and coach) in a simul on the 13 November. Upcoming improvers and juniors will be especially welcome, as will be a handful of our stronger players.

Let’s show Daniel that S&BCC is still a force to be reckoned with 40-odd years after he was a member. There will be a voluntary £10 board fee. Let Paul Ritchie know if you’d like to play.